Years ago, while I was in graduate school, I wrote a blog about historic sites as potential places to go on dates. I always enjoy re-visiting the blog and re-reading my snark. So much so, that I thought I would share selections from it across this platform. From Spring 2011:

Sure he was initially a Whig, but Abraham Lincoln was quite dishy.  With my friend M, I visited Ford’s Theatre and other Gallery Place-area highlights last Sunday.  Contrary to what M thinks (“5’4″ is where it’s at!”), much like a certain dreamy man I know, our 16th president was 6’4″ and that was worth yelling “DIBS” over any day!

It is located at 511 10th Street NW and other than the tourist stores in the vicinity, you would probably miss it if walked past.  In the 1860’s Ford’s Theatre was quite the happening place to catch a show but it is most known for being the location of Lincoln’s assassination on April 14, 1865.

Nowadays, it is a happening place for high school tour groups and families, at least on the weekends.  The theatre is preceded by a museum which informs the visitor of the context of the assassination: the president’s cabinet, build-up of the Civil War, Mary Todd Lincoln, Union Generals, and the group of crazies that plotted the kill.  The interpretation room felt smaller than it was because there were so many people let in with our group.  Even more annoying was that so many adolescents were walking around the museum on their cell phones.  Tell me, random twelve year old, what could you POSSIBLY be talking about that is so important that you are pacing around this museum on your phone? 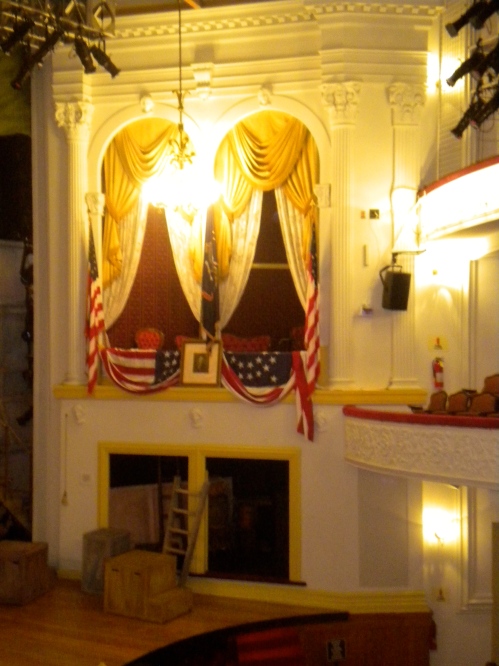 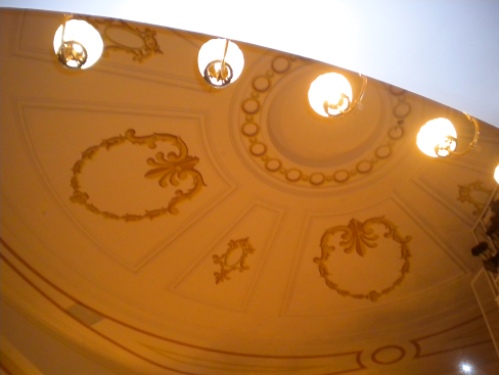 Bottom line: DO go here on a date.  On a weekday.  Not during high season.  The theater itself is really gorgeous.

After leaving Ford’s Theatre, you should consider a visit to Crumbs.  Although they are not the best cupcakes in DC, they are the biggest (Size matters, no?). 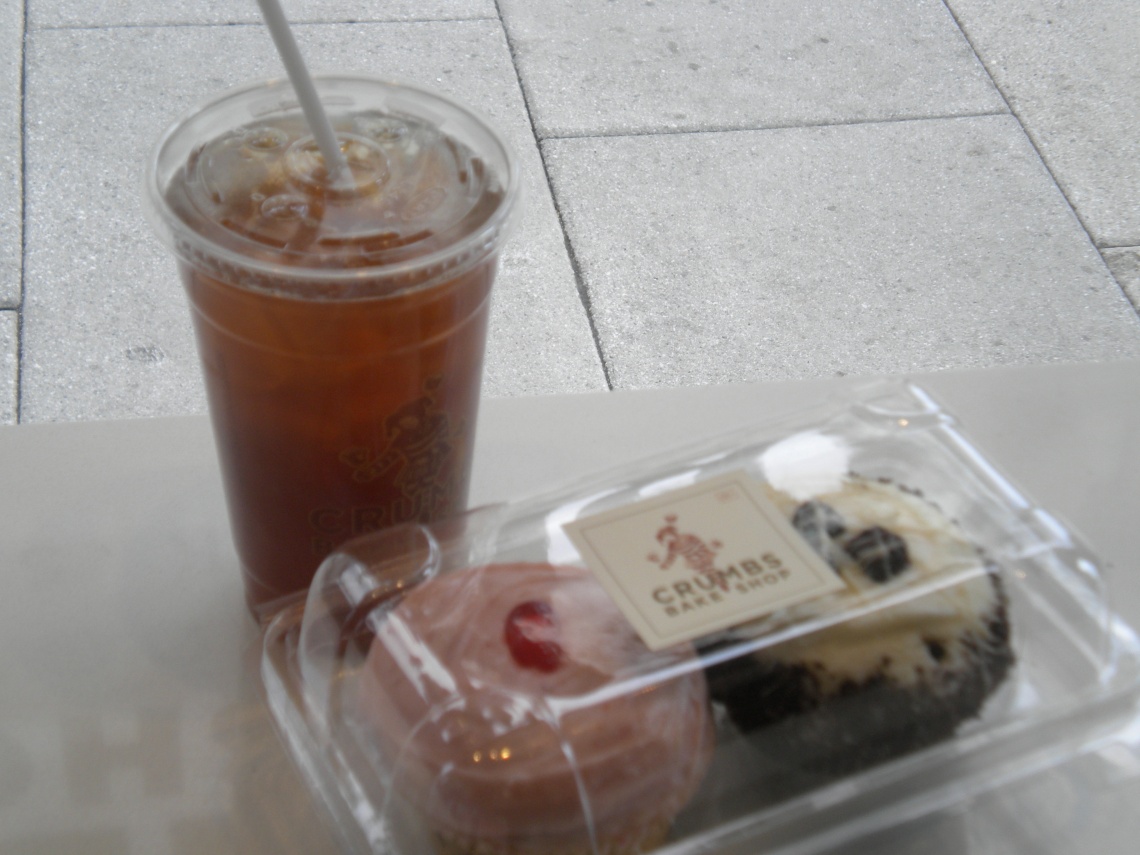 If you are not in a cupcake mood, you should consider pairing Ford’s Theater with Clyde’s.  On Sunday through Thursdays between 3-6:00 pm and 11-1:00 am, the raw bar is 1/2 off.  Delish!  On this particular Sunday we were able to watch Kansas v. Butler and UNC v. Kentucky and subsequently see my bracket spank everyone else’s in my pool.  After pounding six Bloody Mary’s, trash talking the UNC fans seemed particularly appropriate, all in the name of having an Abraham Lincoln day!  Go Kentucky, y’all!